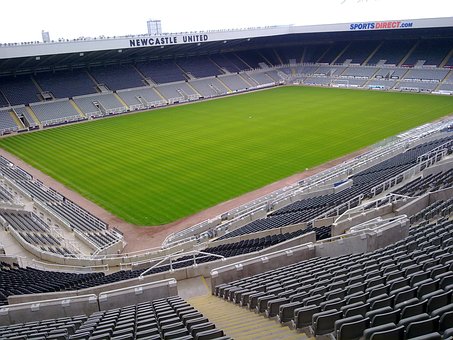 Arsenal continued their poor away form at st james’s with a two-one loss over newcastle after taking the lead early in the first half. The gunners defeat caused much unrest and tension within the fan group many wanting wenger to leave after the woeful performance. Click here for a fan’s perspective on the torrid arsenal performance.

The match had a sense of arsenal playing for pride and nothing else, even though newcastle needed a win to reach the precious forty point mark. The attitude from arsenal was shown in the team selection with six changes from (thursday’s europa league game against CSKA Moscow) including eighteen year-old joe willock, the youngster had a nightmare consistently losing the ball and squandering a vital chance to kill the game off when arsenal were leading.

The gunners started the game on the front foot with pierre-emerick aubameyang and alex lacazette linking up very well in their first start together.

In the fourteenth minute that exact combination payed off with lacazette finishing a terrific cross from aubameyang. Mustafi (who had a shambles of a game) made a terrific 40-yard ping in towards aubameyang who bought the ball down beautifully then pull the ball across the goal for lacazette to slide in and score his eleventh premier league of the season.

The game seemed to be going well with arsenal keeping good possession and newcastle not getting a sniff in until ayoze perez equalised with a quality finish fifteen minutes after the gunners took the lead.

The goal was a carbon copy of the shane long’s goal last week against the reds. Ayoze perez set the ball out wide to deandre yedlin then span inside the area where yedlin returned the ball via a cross where perez nipped in front of his marker (mustafi) and knocked the ball in with the outside of his boot inside cech near post where he could have arguably saved the attempt.

The sides went into the interval at 1-1.

Newcastle came out for the second half on the front foot pressuring the defence. The magpies took the lead through matt ritchie. A jonjo shelvey header and an ayoze perez flick put matt ritchie one-on-one with petr cech (the position left back monreal should have been covering) he then placed the ball into the net and ran off to celebrate with the gallowgate end faithful and put newcastle in touching distance with premier league safety for next season. The shot from matt ritchie was a rather tame one and a shot petr cech should have saved (he had a shocker at st james’s).

The game petered out after some mild late arsenal pressure however, nothing came of it and st james’s erupted at the final whistle.

click here for what the manager had to say.